I currently see a reputation of 31 in my profile with four badges. So far I have answered two questions: One received neither up-, nor down-vote but the other one received 5 up-votes and was accepted as an answer.

Yesterday - before my answer got accepted and once more up-voted (from 4 to 5), my reputation was already 31, and now, after an accepted answer and an update it's still 31?

Apparently my answer got accepted about 9 hours ago - is it possible, that my reputation has not been updated yet?

In my reputation-tracker the accepted & again up-voted answer does not even appear, the last recorded reputation change is from May 29. 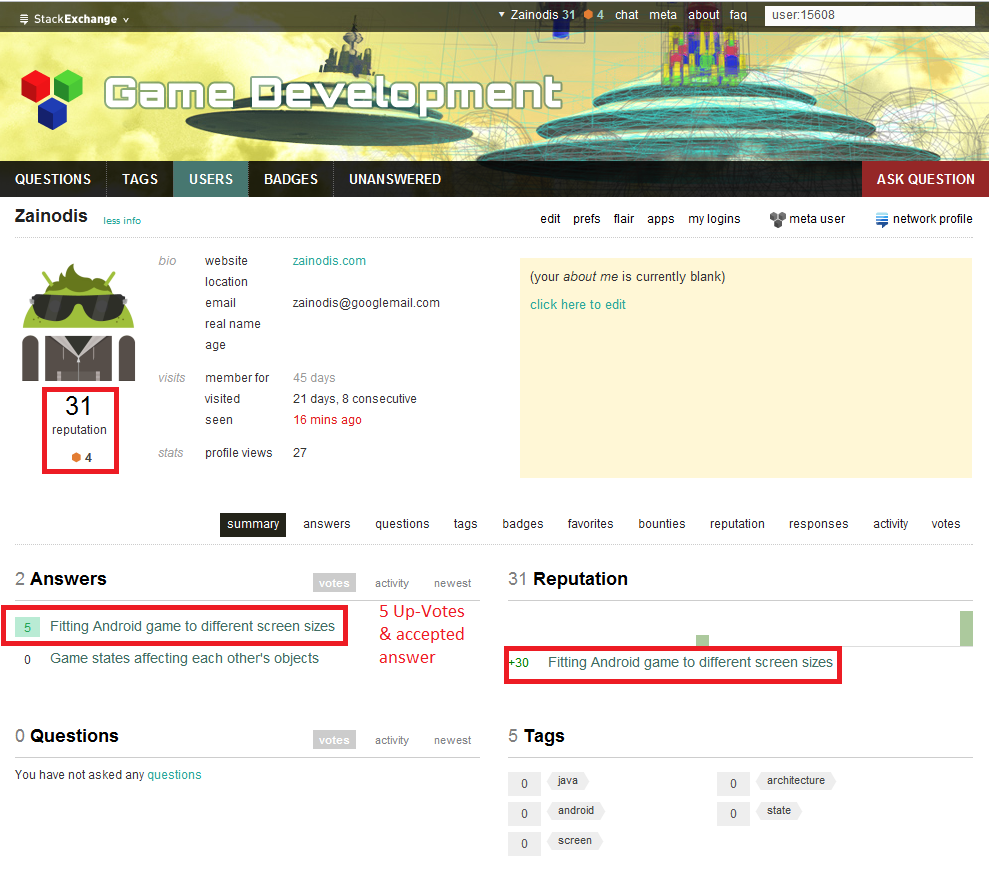 On all SE sites, reputation by casting a vote applies immediately. But it'll take some time before you see the changes caused by deleting a post or undoing vote up or vote down. As far as I know (and have experience) there is nothing wrong with the system. But about why you didn't receive those, I've got a theory! if you check your profile now it indicates you didn't answer that question, that's because your answer is now considered as "community wiki". In fact any answer that has more than 10 edits is considered as community wiki. which means you won't get any benefit from vote-up, and you won't receive penalty for vote-downs. Now If I'm not wrong, your answer had 3 votes before your 10 edits, so you received reputation for it, but other two votes and the accept happened when you were not owner of that answer. And the reason why you could see the answer with 5 votes in your profile should be the fact that these kind of updates take some time to apply. I'm not sure if I could explain it good enough, ask me if you still have any problems.

Not the answer you're looking for? Browse other questions tagged support reputation .

5
Gift reputation to users that need it to join chat
2
Why is my recent "retag" privilege not available?
0
How does meta reputation work, especially when I get reputation removed in main?
0
Abused by High-Rep members
1
Bug: Cannot Use Chat When Over the Required Rep Amount
2
How are users with insufficent reputation getting the Custodian badge?
1
I should have the "Fanatic" badge... why do I not?
2
What is the appropriate course of action for a duplicate answer, especially one made several years after the fact?
1
Should I not include a user's name when they help on an answer I gave?