Isn't it a bit odd to have top 4 are closed in a site?

I just wanted to check "which questions have the highest votes" out of curiosity, and found out that top four voted questions are all closed.

I think besides the strict rules of the side, the viewers should be considered more. 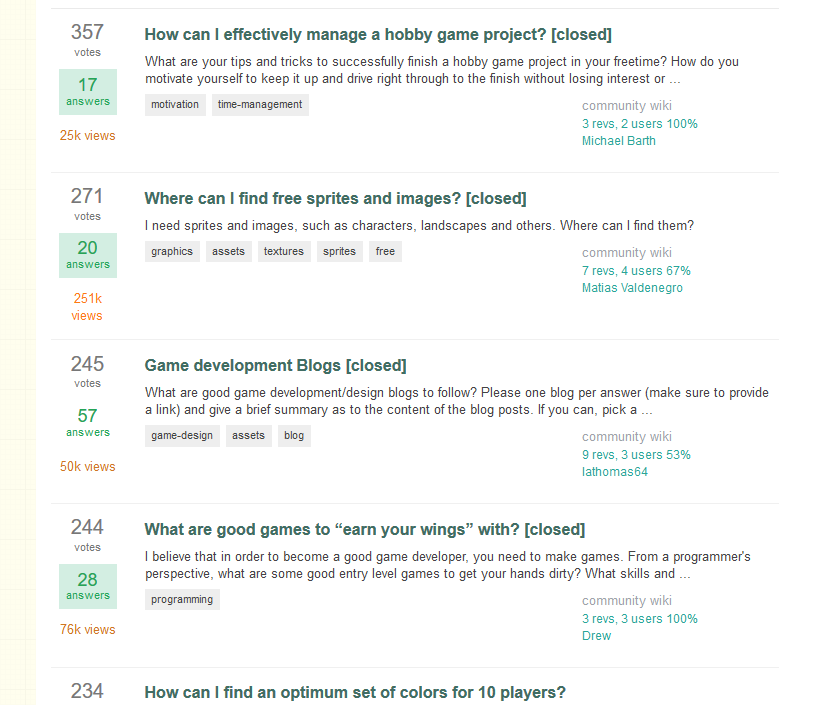 Although reasons for closing the questions are clear, I believe that exceptions might take place for such situations.

Votes are not a measure of the on-topicness of a question on SE.

So to that end, it's not that odd at all. Those questions earned a significant number of votes early in the site's lifetime before the policies really settled down to the relatively-steady-state we have now. As time went on it became clear that despite being popular they were the kinds of broad and discussion oriented questions that are better asked elsewhere on the internet (on forums, or maintained on wikis).

You don't really seem to have suggested an alternative option or clear policy on how we might address the issue, other than "based on the viewers" which I presume means you're suggested that we use some arbitrary threshold of score to re-open a question regardless of the close reason? I don't see that as viable at all.

Not the answer you're looking for? Browse other questions tagged discussion closed-questions close-reasons .

2
When the title doesn't agree with the content
1
Should this question be reopened as community wiki?
6
Can this question be salvaged as "good subjective" with proper edits?
6
Would GDSE benefit from an official "back it up" policy?
9
Site design updates are live!
6
How does the site (or how should it) handle the "little-effort" or "no-effort" questions?
1
What if I want to ask a question that isn't appropriate on any SE site?
9
How is the community doing?
2
"How to get started" is about a gamedev journey, not about doing something specific