From user Icy Defiance in chat 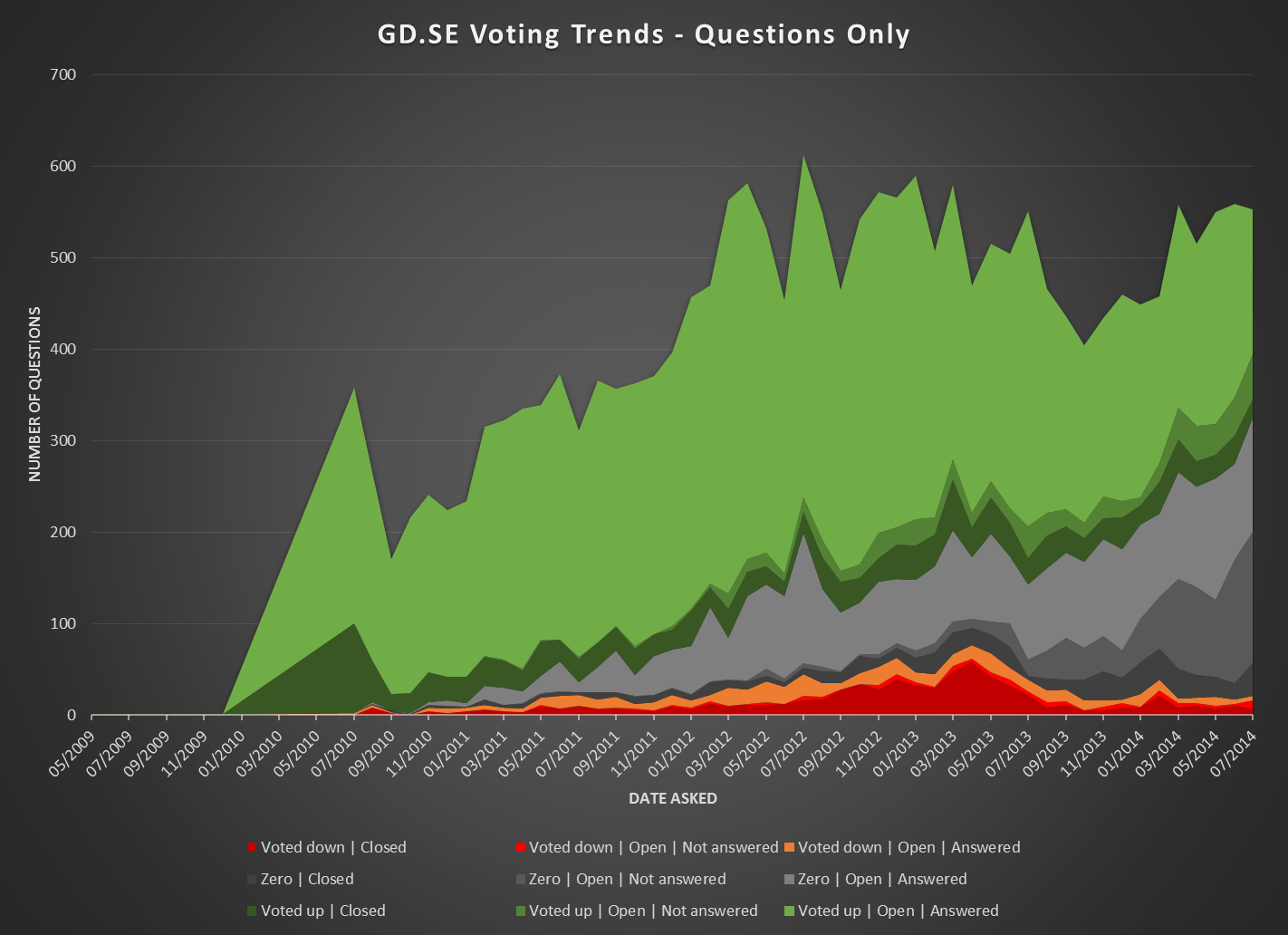 The excel sheet with the graph setup

Here's another piece of data for understanding what's been going on:

Number of votes per month 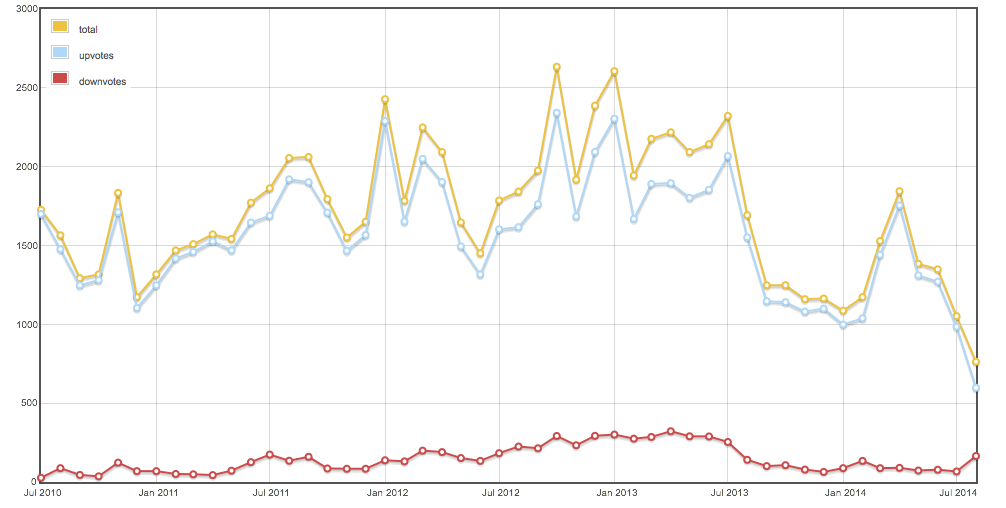 Something seems to have happened in July 2013. I don't know what, but the number of questions (as seen in the graph in the original question) and the number of votes being cast (seen here) were both at a peak, the number of zero-vote questions was under control, and then over the course of two months, question submissions dropped by a quarter, and voting rates were cut in half.

This seems to be the point at which the zero-voted questions really started to grow quickly; we stopped having as many up-voted questions because people had actually stopped voting, and for half a year voting levels were lower than this site had seen at any other point in its history.

It's interesting that there was a brief up-swing in voting activity around April 2014, almost back to its historically normal levels, and there was a surge in question submissions back to their normal level at that same time. But the number of zero-voted questions continued to expand.

Note that while this graph shows us as being in a steep dip right now (August 2014), that's because we're only halfway through the month. If things stay as they are, we're roughly on track to hit about the same number of upvotes on questions as last month, and substantially more downvotes than last month.

Caveats: The graph in the original question is showing current scores and open/closed status for questions based upon the month in which the question was asked. Having gone over the voting data while preparing my graph, I've observed that a lot of votes get cast on old questions; if I categorise votes based upon the date of the question they were applied to (rather than based upon the date the vote was actually cast), then this graph looks extremely different, because a surprising number of these votes were being cast against questions which were already very old, at the time the vote was being cast.

This means that the whole "look at how many more zero-voted questions there are now than there were back then" premise of the discussion may not be a valid conclusion to draw from the original graph -- it may turn out that there are fewer zero-voted questions in the past just because there has been more time for people to cast votes on those older questions.

It should be possible to correct for this; perhaps to only count votes which were cast within a month of when the question was asked. If anyone's interested, that would be a really useful bit of analysis to run.

4
Devkit Questions
6
What to do with a question that has a fitting question/answer on stackoverflow?
1
How can I discuss opinion-based questions with the GDSE community?
3
Looking at some new tags
0
What is the chat score?
0
What's the rationale to have questions tagged [c++11] also be tagged with [c++]?
4
Please flag responsibly
2
Are the tags "concept" and "conceptual" useful here?
4
is the tag [surface] useful?