Locked. This question and its answers are locked because the question is off-topic but has historical significance. It is not currently accepting new answers or interactions.

The spring gamejam is going to take place here in meta yet again! The jam will take place 12:00 PM Friday the 4th of April to 11:59 AM Monday, the 7th of April UTC time.

The jam's theme will be: Let's make a game!

So, think of something nice, and when the jam starts, create it! We figured it would be nice to see what great ideas everyone has, and not bind them with a predefined theme. 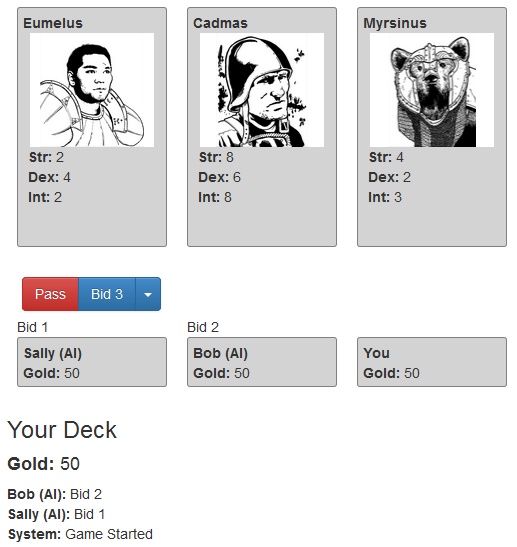 Take on the role of a lanista in ancient Rome, assembling worthy soldiers that you can fight in the arena.

In the first round of the game, you bid to get your first pick of gladiator. If you drop out of the bidding, you lose half of your investment. If you win the bid, your entire bid is paid for the privilege of selecting the most worthy combatant first. Any money you do not spend in the first round carries over to the second round! So you don't have to spend everything.

In the second round of the game, there are 6 types of tournaments that will be held, each testing your gladiators in different ways. Be sure to check the heading for the competition type (eg: Polearms: Str + Int). Each player selects a combatant, and then the best combatant takes the largest prize, second best takes the second largest prize, etc.

Most money at the end wins! (Including all money saved during the bidding)

There are 30 slaves, and 30 prizes which are the same every game, but appear in a random order.

The soldiers' stats are not random, and you will see the same soldiers each game. Memorize (or look at the source) the best soldiers to recognize them when they appear. Note that there is no "best" solider, only soldiers that are most suited to a task.

The six tournaments are:

Make sure to have a well-rounded troop in order to win each category.

And the AI does not cheat!

Heavily influenced by the card game For Sale. 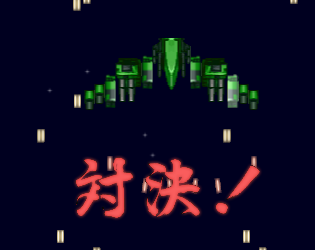 I've had this idea to make a versus shmup for a while, and have always wondered how well it could work. There are very few games of this hybrid genre, and at its core it's fairly simple, so it was perfect for a game jam.

How did it turn out? I guess it's up to you to judge :) I feel that a hallmark of shmups is the finely tuned gameplay, blisteringly hard but not overwhelmingly so. This was impossible for a 2-day jam that relied on PCG :P Still, I'm quite satisfied considering the amount of effort taken. I hope you can enjoy this game for a few minutes. 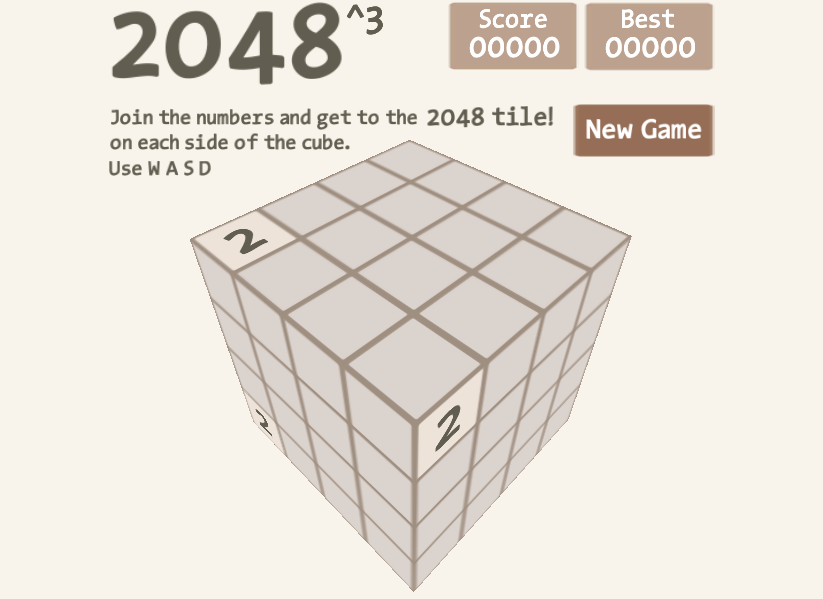 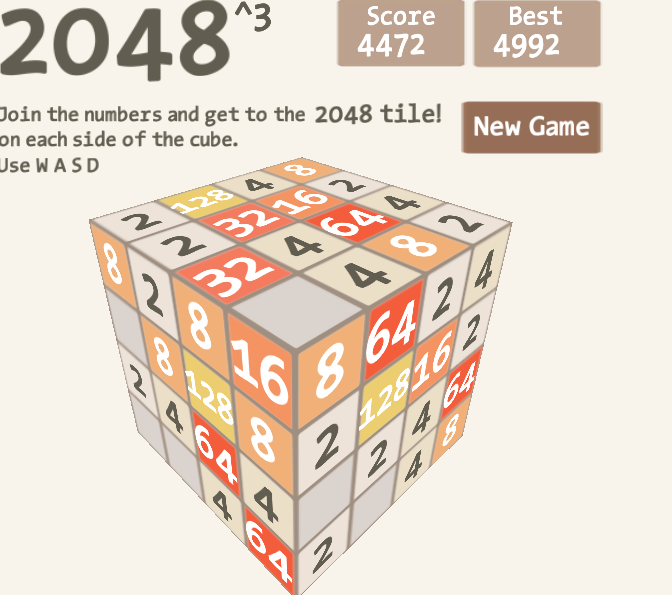 I wanted to make a puzzle game that's simple enough for me to finis in time but not too boring-interesting enough for players to spend couple mins playing. Also as it was my first Jam I was afraid of being "lost" in the middle. So I wanted to have a solid model in which I can draw from.

Hehehe. This is certainly not the most original idea,(for those who don't know 2048, here ) but I tried to give it a new spin. I hope it is different enough for you to enjoy.

The Overflow Blog
Featured on Meta

14
It's time for us to bring the CHAOS to Game Development
25
GameJam Proposal
21
The Fall 2013 GDSE Game Jam
1
Ideas for the 2014 Spring GameJam
21
The 2014 GDSE Summer Game Jam
10
Anniversary Game Jam 2014 Preparations
6
Would GDSE benefit from an official “back it up” policy?
5
Have we abandoned the rule about generic programming questions?